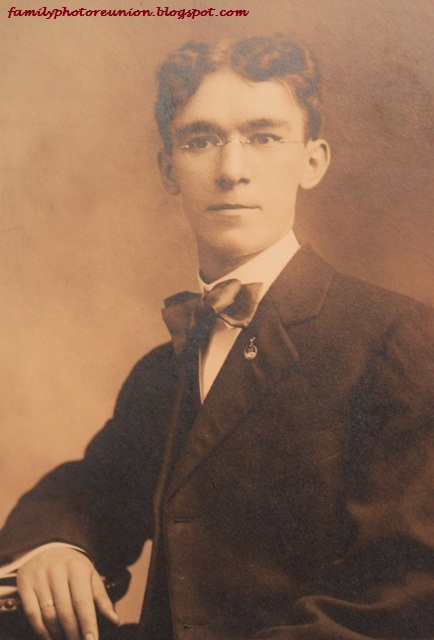 I believe this is a graduation portrait.  I can't identify the lapel pin "Edward A. Fix" is wearing.  The photograph was taken at the Carl & Young Studio in Cincinnati, Ohio.  Carl & Young were in operation between 1895 and 1915 on 7th & Vine.

Edward owned a cigar manufacturing company and lived at 1399 Harrison, which I believe is the family home.  Sisters Anna and Alvina are living with Edward at that address in 1930.   Edward is living at that address in 1958.  The home, which is still standing, was built in 1881, according to current real estate information on the house.

Posted by TheArchivist at 9:48 AM